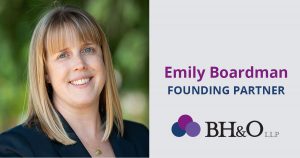 The care proceedings eventually concluded with the making of care and placement orders for J. His great-aunt sought permission to appeal.

I was instructed by J’s great-aunt after she had already obtained permission to appeal. Our counsel was Matthew Brookes-Baker from Harcourt Chambers.

The appeal focused on the basic premise that a ‘losing party needs to know why he or she has lost on any particular point’ (McFarlane LJ (as he then was) in Re V). This must be even more important in a case where a family is losing a child and the losing party is unrepresented. At the end of the Judgment the great aunt should have understood why she lost, even if she didn’t agree with it. In this case there was no way she could have understood why she lost because the Judgment did not tell her.

The Judge did not tell her why she considered the negatives of the various assessments to outweigh the positives. She did not even mention the (many) positives.

There were other problems with the care proceedings at first instance.

Lady Justice King described the proceedings as having a ‘lengthy and tortuous progress towards trial’.

The proceedings started at the end of 2017.

There was an ISW assessment of the great-aunt. It was finely balanced but the conclusion in May 2018 was negative and the LA filed an application for a Placement Order in June 2018. At which point the great-aunt sought party status, but this application was adjourned many times.

The Guardian at that stage felt unable to support adoption so an addendum ISW report was ordered in September 2018. That assessment, filed in November 2018, recommended further assessment in the great-aunt’s home. Later that month the Court approved the proposal to increase contact and put in place a transition plan for J to be placed with his great-aunt. They sought to withdraw their application for a Placement Order and that was approved.

Remember, the great-aunt is still not a party or represented.

So in December 2018 (week 51) the LA are still planning to increase contact and it is agreed there should be another ISW addendum that assesses this increased contact to make a final recommendation. The increased contact leads to one of the fundamental disagreements between the LA and the great-aunt.

The contact was so good the independent observer (‘DJ’) repeatedly requested to progress it. He wrote copious notes that contained very few, if any, criticisms. His requests to the LA to progress contact received no response and his notes (having supervised 75% of the contact, equating to 36 hours) were largely excluded from the Court bundle.

The Court of Appeal observed:

“It is unfortunate that DJ was not called. It is, in my judgment, no answer for the local authority to say in its defence that the (unrepresented) great-aunt did not require DJ to be called, or that DJ’s role was not to assess but to supervise.”

“The judge was put at a distinct disadvantage by on the one hand having an unmanageable number of contact records put in front of her but without a complete set of the most recent and relevant ones.”

“It is hard to see how the picture painted by DJ, but not put before the court, tallies with the final evidence filed by the social worker…”

“It should be emphasised also that the local authority have a duty to put an even-handed case before the judge. The judge had only evidence that the great-aunt still required ‘prompting’ at all contact visits. DJ should have been called to give evidence and his notes should have been available to the judge and the ISW. It is frankly disingenuous to say that DJ’s role was mere supervision and that he was not assessing contact…. Even if the outcome was ultimately the same, the result was that the great-aunt might reasonably feel that an uneven picture had been presented to the judge.”

At this point in the proceedings the ISW filed a further addendum which concluded that the great-aunt was still not ready or capable of meeting J’s needs; and the LA issued another placement application.

Only now was the great-aunt made a party to the proceedings, ten months after she had applied to be joined.

In those ten months various Orders had been made that referred to her and her position, that suggested she should receive funding from the LA for legal advice (if they supported her) and that she should give evidence ‘if advised’ without clarifying who should advise her.

The Guardian’s report relied upon the ISW’s final report and the Court of Appeal found that she did not fairly reflect the many positive aspects of the great-aunt’s care or adequately reflect just how finely balanced the decision whether to place J with his great-aunt had been.

The next thing that went wrong was that the final hearing was heard by a judge who had had no previous involvement with the case. She was not given most of DJ’s contact records and did not hear from DJ. She had an unrepresented party, a local authority who failed to be even handed and a Guardian who did not challenge the local authority on their case management.

When HHJ Bush decided against the great-aunt and made a Placement Order for J she failed to provide a satisfactory judgment. She failed to explain why she made the decision she did. The Court of Appeal found that her judgment:

The Court of Appeal concludes that the “judge gave inadequate reasons and failed adequately to analyse important factors” and “when criticising the great-aunt, it would appear that, on occasion, she misunderstood or misinterpreted the evidence”.

“Without a clear consideration of both sides of the equation, the judge cannot hope to reach a proper balanced decision.”

“It is not possible from the reasons as articulated by the judge for the court to be satisfied that the making of a placement order would be a proportionate outcome for J.”

So why does this all matter?

It matters a great deal to my client and to J, who is now living with his great-aunt; but it matters more generally too.

There is a great deal of debate currently about transparency in the family courts that centres around the mistakes that are made in ‘secret’ courts and local authorities not being held to account for the way they treat families.

Setting transparency alongside confidentiality for families is a difficult balance, undoubtedly, for those involved in the family justice system, but the more we are made aware of these kinds of cases, these kinds of mistakes and injustices, the more the move toward transparency will gain momentum.

It also matters financially to J’s great-aunt. She was not eligible for legal aid during the care proceedings and she privately funded her appeal.

Which leads me to the second Court of Appeal judgment on costs:

A costs order was made against the local authority as a result of their “failure to be even-handed in their presentation of the case at first instance and thereafter a failure to recognise (save to a very limited extent) that the judgment as drafted could not justify the order that was made”.

It was accepted that the great-aunt had spent substantial sums of her own money during the previous proceedings in renovating her home so it was suitable for J to live there, and she then spent substantial sums of her own money in taking the case to the Court of Appeal to challenge the decision to permanently remove J from his family. The costs awarded to her are only a contribution to her costs, not all of them.

Applying for a Child Arrangements Order without a lawyer

Two years in
(aka ‘Lawyers in Lockdown’)

2020 has been an odd year for us all but on 1 September BH&O LLP turns two years old. Like other lockdown birthdays it’s hard

Appeal, revoke or discharge? How to get your child back after care proceedings conclude.

One of the most common enquiries we get is from birth parents who want to challenge a decision to remove their child permanently. They phrase

Why are we excited about in-house therapeutic services?

I remember many years ago hearing about a firm who were offering clients therapy alongside their divorce. It was a long time before Ruth, Irena

Lawyers like the Court of Appeal. The Judges are experienced, engaged, always ask insightful questions and keep the advocates on their toes. The building (The

Boardman, Hawkins & Osborne LLP (registered in England and Wales OC401342) trading as BH&O LLP is a Limited Liability Partnership authorised and regulated by the Solicitors Regulation Authority (number 647667). Our registered office is 1-3 Ock Street, Abingdon OX14 5AL. The term ‘partner’ is used to refer to a member of the partnership. Our partners are Emily Boardman, Ruth Hawkins and Irena Skapin Osborne.